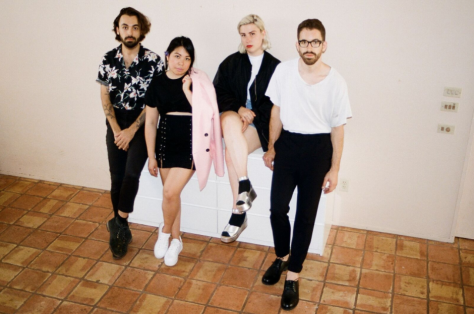 A week before their sophomore release, Belle Game debut the distorted instrumental howling vocals, and an edge. The mismatched sound of, Bring me, is a starkly different than their previous singles off of Fear/Nothing out Sept, 8th. 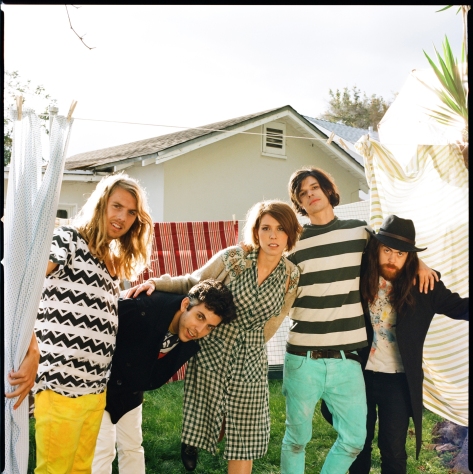 We’re back in business, the band proclaims as the track begins.

And it’s about damn time.

It’s been three years since we’ve last heard from, most of the most inspiring bands around. Spreading Rumours(2013)  was the follow up to Grouplove’s breakout debut album. The up-and-coming third album will be released Friday and if there were ever an album not to miss this is it.

Grouplove are a bundle of positivity wrapped in indie-rock and thrown into another world where they run free. Welcome to Your Life is a look into the band’s newest daydream. It’s as though they’re speaking to you directly, Hannah Hooper (vocals) offers you an enticing glance into their world before Christian Zucconi (vocals) follows suit as the calming voice of reason. It’s a challenge not to be lit up from the inside as you listen to them.

There might not be a band that can inspire so much emotion and time and time again create the most perfect songs.

Me: NO ONE IS ALLOWED TO TAKE VIDEOS OF ME
#sneapeak of @mannequinpussy at Riot Fest.
Getting wild with @foxyshazam backstage at RIOT Fest.
@yungblud at RIOT Fest. As always it's a pleasure to shoot Yungbludington. 🖤
Backstage t*ts out with @thisiswargasmuk. 🙃
RIOT Fest day - 2 @jadenhossler 🤩

Me: NO ONE IS ALLOWED TO TAKE VIDEOS OF ME
#sneapeak of @mannequinpussy at Riot Fest.
Getting wild with @foxyshazam backstage at RIOT Fest.