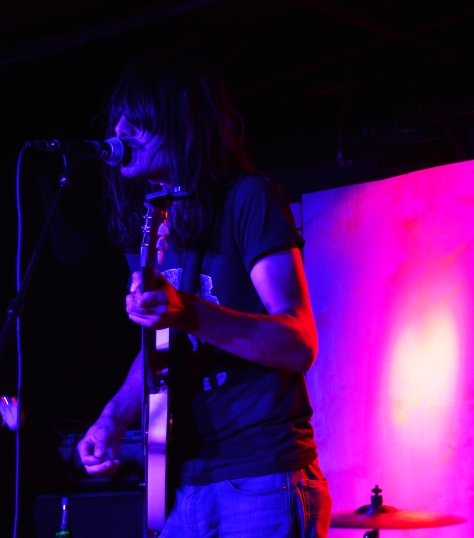 Taking over Adeliade Hall for the last night of their tour was Michael Rault, Juan Waters and Happyness. The three performances couldn’t have been more unalike. First up was Michael Rault. Dressed to impress in blue jeans, T-shirt and sneakers that have seen better days, the seasons musician drew the biggest crowd and delivered a great rock performance that had the crowd wondering why they hadn’t heard of him before.

Juan Wauter’s decided to draw on a little theatrics for his set. With a sheet duck taped to two mic stands, and light blub acting as a spotlight controlled by a men hidden behind the sheet, the act was interesting to say the least. The crowd danced along to his set that had the charm of a high schooler performing at a talent show for the first time. It was awkward, enjoyable, had the crowd in lightened spirits.

The crowd dwindled as Juan said goodbye, but for those who stuck around to see Happyness, the three lads from London, Jonny Allan (Guitar-Bass-Voice), Benji Compston (Guitar-Voice) and Ash Cooper (Drums), saw a mellow type of alternative rock. Technical difficulties kept stalling the band, but the crowd waited patiently as the band joked off the interruptions drawing more laughs from the crowd than dance moves.