Calgary heavy rockers Miesha & The Spanks are back with their​ latest release entitled Singles EP. #CMIAE artist Miesha Louie spoke with CMI via email about the record’s origins, adapting from an ever touring live band to releasing music under lockdown, balancing creativity and new motherhood, and exploring what it means to be a “Mixed Blood Girl”.

Q: HOW DID THE SINGLES EP COME ABOUT?

A: The plan when we started (pre-pandemic) was to have 4-5 standalone singles, more like a compilation record than an album. But then we were interrupted, and suddenly there was this life-changing experience influencing the writing. When the EP should have been finished, more good songs kept popping out of us that fit together and we didn’t want to cut. So, we let more songs sneak on than maybe we would have otherwise, without the pandemic shifting things around.

We released Singles EP with a series of pre-released singles starting back in July. When we started, we really weren’t sure what was going to happen with touring and festivals or anything. We figured our best move was just to start moving music and getting it out there. When “Unstoppable” came out, we hadn’t even finished recording the EP. The campaign became about radio pitching and music videos instead of tour dates, and even now I don’t think we’ll be on tour for real until next year. It’s been a different release cycle for us!

Q: WHAT MAKES YOU FEEL “UNSTOPPABLE”?

A:  I always feel unstoppable when I’m playing a really kick–butt super tour–tight set. About halfway through a tour, we like to challenge ourselves and play a game where we don’t stop between songs, and we just play the whole set in one go. When we pull that off, we are completely unstoppable.

Q: WHAT IS SOMETHING THAT YOU’VE LEARNED TO DO IN THE PANDEMIC WHEN YOU “WANNA FEEL GOOD”?

A:  Throughout lockdown, I’ve really been enjoying walks with my dog down to the river. I live close to Bowmont Park (in Calgary), and down the rocky beach there’s this spot where the Bow River splits, and I don’t know what it is but there are some special vibes there. A lot of my voice memo song ideas come when we’re out there.

Q: IS THERE A PARTICULAR TRACK YOU’RE MOST PROUD OF ON THIS EP?

A: “Mixed Blood Girls” took a lot out of me and I’m happy with the music and the lyrics and the production. It’s also connected me with more of my community and that means so much to me and Steve Lamacq played it on BBC6! I had a clean version made, but because there was profanity, I didn’t really expect it to get much airtime. I was wrong! I’m proud that something I made is meaningful to other people while still getting some small critical acclaim.

I’ve always written personal music and shared mostly from real-life experience, except for this huge part of who I am and where I come from. I’ve always identified as Indigenous, but I’ve never shared what that meant to me, or what my life was like being mixed, or what my relationship was with my culture, community, and family. I guess it was always in the back of my head that I would eventually get there, but when I heard a poem called “Mixedblood Girls” by Rain Prud’Homme, it really inspired me to get writing. Because her poem hit me so hard, it finally resonated with me that maybe my story would connect with someone else as well.

Ida Maria is back with a track true to her indie rock roots, “I’m Busy.” It’s been a while, over ten years, since fans have gotten to see this side of Maria since the perfection that was Katla back in 2010. Taking a break to focus on gospel and collaborating with other artists like Andrew Green this latest track is full of the feminist rock dynamic that made fans fall in love with the Norwegian punk rocker. As always the track is full of empowerment, catchy melody, cheeky lyrics and is a must hear for anyone looking for new tunes for the summer. 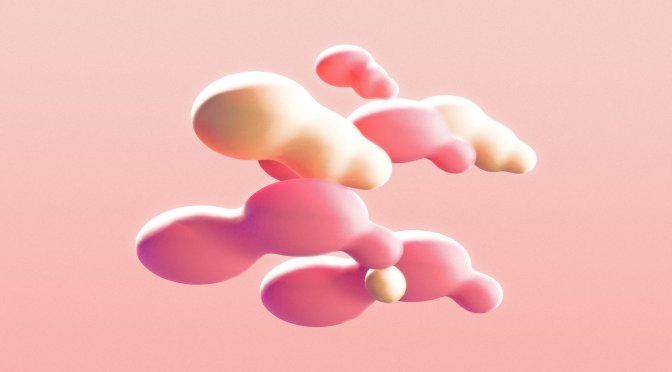 After spending 2020 locked away in his creative space, Saint Idiot (Tomáš Andel) emerges from the incense smoke and potted plants with a new single, “Bubblewrap.” We met this Edmonton-based musician in the first virtual offering of our Artist Entrepreneur program last summer. To celebrate his latest release, we caught up (virtually) to talk about creating in quarantine, personal growth and what to expect next.

Q: “BUBBLEWRAP” IS DESCRIBED AS A “SONG ABOUT HEALTHY ANGER, AND TRUST,” DOES THIS REPRESENT A PARTICULAR TIME IN YOUR LIFE?

Totally. I used to think I’m not an angry person for a lot of my life, as in, I didn’t express anger in outbursts or aggression, but instead, in this frozen, low-key anxiety that I wasn’t even aware was there; slow poison. I read “Anger: Wisdom for Cooling the Flames” by the Buddhist monk Thích Nhất Hạnh (it peered up at me from a thrift book store shelf at a totally synchronous moment), and it floored me to realize that it’s not that I didn’t get angry, I just wasn’t acknowledging or working with my anger. At the risk of sounding dramatic, this realization completely changed my life, and I’ve been incomparably happier since I decided to let anger into my life to work with it.

Anger is also a form of trust. You have to really trust the other person to see you, hear you, and consider whatever issue you’re raising, otherwise it just becomes either a volatile explosion of bad energy that doesn’t help anyone or do anything, or this hidden-away festering wound. So how you broach your anger is a real test of character and a real test of boundaries. It’s OK to get angry, it’s unavoidable—what we do with that anger matters more.

Q: HOW DID 2020 CHANGE YOUR OUTLOOK AS A MUSICIAN? AND IF IT DID, HOW IS THAT REFLECTED IN YOUR MUSIC?

For me 2020 was about slowing down, indulging in being a little idealistic for the sake of creativity, and taking time to imagine a more harmonious world—especially since it seems like the popular imagination is so fascinated with dystopias lately. A huge component of my album (Alternate Utopias from a Nostalgic Future) was world-making. I think when it’s all out, it’ll be worth it to lie down with it and listen on headphones, because a lot of it was deliberately crafted to transport you.

I’m already at my happiest when I’m spending endless nights shaping sounds in the studio. I love experimenting with colors, texture, and space, which has always been my favorite part of making music.

I do like playing live, but given that it’s still unclear when we’ll be able to do that again, I’ve actually been more than happy to double-down on going deeper into being a “studio first” musician.

Q: TELL US ABOUT SOME OF THE CREATIVES INVOLVED WITH YOUR PROJECT

My friend Doug Parth from The Den and With Dogs helped dial in the orchestral arrangements, and it was then mixed and iterated by Hill Kourkoutis, who added additional production, and carved this gorgeous lifeline through what was probably more of an enthusiastic muddle at that point. Kristian Montano breathed the final magic into it—his masters really deepened all the musical space.

All along though, I’ve had so much help from everyone around me. Kelsey McMillan, who has done my photos also helped me workshop lyrics, and has often weighed in on the music and the art direction, as has my friend Holly Pickering aka sodium light. Working on my roommate Anthony Goertz’s documentary really humbled me and inspired a lot of the directions I went exploring after, plus he’s a wonderful, bright mind to bounce ideas off of. A very, very cool Twitter-famous visual artist did the album artwork (the only non-Canadian involved), but I wanna save that for later!

I share my work in progress songs all the time, so I really see the final thing as an accomplishment shared with a pretty huge group of pals. I feel pretty lucky to be surrounded by so many wonderful, receptive people.