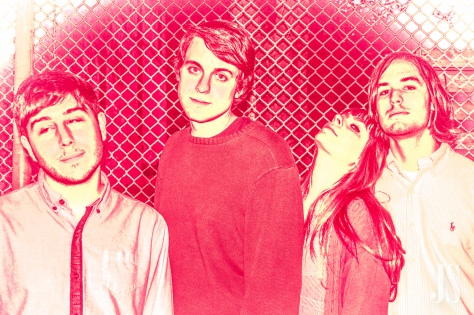 Toronto’s baby band, soon to be dropping the “baby” from their stature, shared the first single off of their debut album. Casper Skulls’, You Can Call Me Allocator, is a solid step into the tone for the upcoming release. The band is a solid post-punk concoction. They proved their maturity in the genre with the Lips & Skull EP released last October.  Now refining themselves with the new track, the band is moving forward with a little mystery to their sound.  Mercy Works is out November 3 via Buzz Records. Listen to the debut track below.

Canadian Music Week is nearly here, beginning April 18th-23rd. Talents from around the world will come to fill up every venue in Toronto for a week. But sometimes you don’t have to look to far to see some of the best talent. Canada’s got some amazing bands you might not have heard off (but definitely need too). Here is a list of bands you NEED to see at this years festival.

You’ve most certainly seen this band on a playbill. Casper Skulls are the reason people come early to shows. They capture crowds with their grunge rock and turn the audience into obsessed fans.

The Canadian darlings are a band to know. If you haven’t heard of Hollerado you’re missing out. They’re a band with an eccentric energy that thrives in each one of their albums. Playing The Indies at The Phoenix, the show will not be one to miss.

The Buzz Record stars are an indie dream. Live they pour their souls onto the stage. Their sold out shows are always different and never cease to amaze. Their music is something to be experienced live.

Celebrating their album launch at CMW, the band is an odd treat. Mellow and dark, their sound if soft and gripping. It gives you chill by offsetting a comfort to lose yourself in.

Making their CMW debut, Yi, is a rare experimental project the emulates a sound somewhere between undistinguishable and emotionally driven. 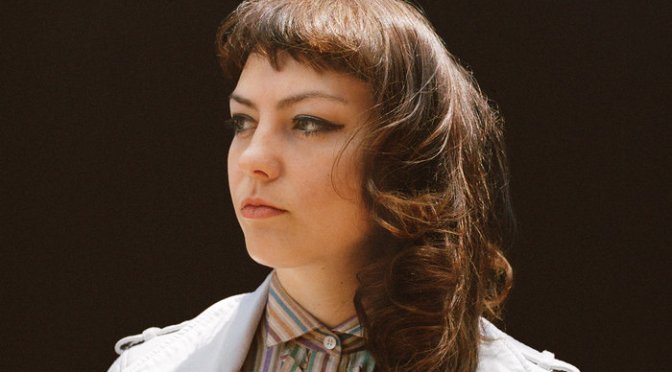 2017 is sure to bring some exciting and much anticipated albums forth. Along the way we need to recall some of the greats that last year  gave us. This week’s top five is dedicated to those we fell in love with last year.

You could say they’re following in the footsteps on bands like Fidlar, but it would be unfair. SWMRS are paving their way one rowdy show at a time. Beneath the thrashing guitar and sweaty shows, Drive North  is an overwhelming note of positivity much needed in 2016. 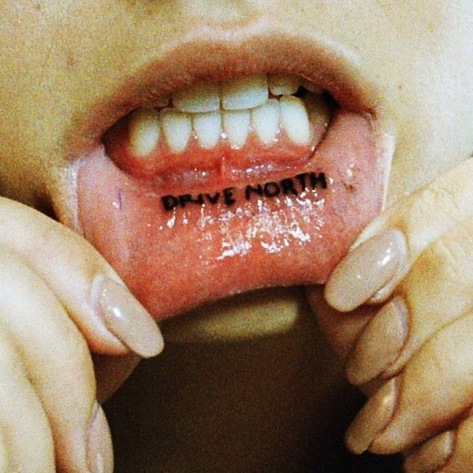 The indie darlings produced one of the most underrated catchy songs of the year. Johnny, the first single off of their debut album, will make you fall in love with the softly sweet voice of Christy Hurn. Each song on the album is a mirage covering the confessions and meanings riddled into each track.

Full of confessions straight from the soul Mothers debut EP is a frighteningly honest look into heartbreak, happiness and sadness. Listen to it with a box of tissues near your side, or if you need a lift.

Shut Up Kiss Me was undoubtably one of the best singles to shout along to. It won’t be going anywhere anytime soon, and neither with Olsen. My Women is a slightly different direction showing the growth and triumphs an artist overcome. The album is a wondrous ride no matter what mood.

The debut album from the Toronto-based band was six songs full of addicting pulse accelerating rock. Devotion is the most catching track on the album and the title track is a gem of it’s own. The time and effort put into the album is apparent with each perfected track. The polish on the debut is a strong step into the music scene for the band we’ll be seeing a lot more of.

Bubbles rain down on the crowd, the stage. The floor is slippery from the residue. Red, white, and black balloons are tossed around in the crowd, settling on stage. The room is still buzzing from Little Juniors performance earlier on and their too perfect cover of Teenage Dirtbag. Even they’ve taken their places amid the crowd to watch the band of the evening. 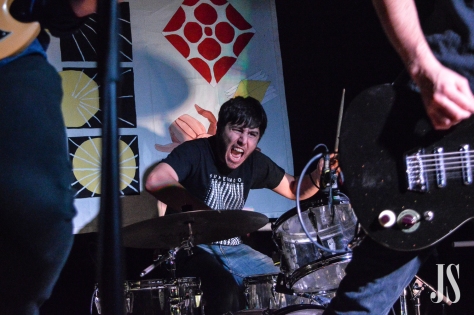 Casper Skulls take their places a proud excitement on each of their faces, pausing only to throw some of the balloons back out at the crowd.

I’ve seen this band more times than I can remember, on every stage from Lee’s to The Danforth. No matter how many times you see them, they never fail to disappoint. Now finally, it’s their moment. At their sold-out Toronto EP release party Casper Skulls shine. The crowd at The Baby G is already jumping and screaming, the first note hasn’t been played. 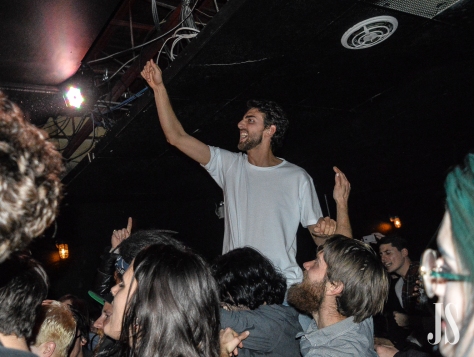 They begin with Devotion, one of the strongest tracks on the EP, and the excitement in the room pulses. Bubbles still fall, it’s too packed to see who’s blowing them. Balloons are being thrown as a mosh pit breaks out. Someone goes up in the air, the first crowd surfer of the evening. Not before, two, three more people go up, riding the crowd’s excitement at the same time. Never pausing the band rolls into each track smoothly, precisely, never losing energy, and never producing anything but a perfect performance.

Check out more photos from the show below. 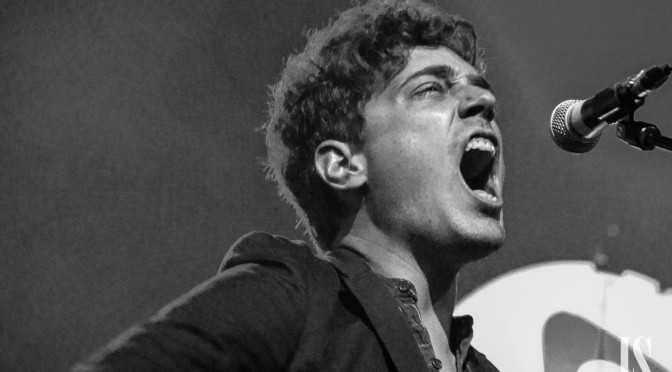 The Danforth fills, the crowd presses forward filling every inch between them and the stage. The lights dim and Born Ruffians begin their verbal fuck you song, Eat Shit We Did it. Cheers fill as the band takes their places behind their instruments, set in a line. Did it they have, Born Ruffians have marked themselves as one of those Canadian bands you need to know and love.

Their fans are enthralled as they’re singing alone to, what they consider, hit after hit. Four albums and two EP’s later, the band has stayed true to their quirky indie rock sound that makes them so endearing. The songs change rapidly, the band stops only for singer Luke Lalonde to switch one of the four guitars behind him. The crowd keeps up pace with the band, seeming never to miss a word or beat. 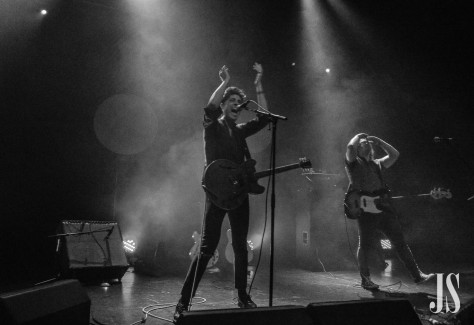 The energy is never ending as the songs change, just when they’ve played your favourite song, a guitar riff starts up and instantly you realize THIS is your favourite song. No matter how many times you see them they never seem tiring. With their ever changing sound playing out before your eyes and ears on stage, to cohesion of their old and new music melds to satisfy your inner teen and current adult.

Earlier on, the always amazing, Casper Skulls opened the show. Beginning the evening with their dark daunting sound, they were an interesting contrast to Born Ruffians set to come. With an interesting stage presence and masterful music skills Casper Skulls are a band to see.

Check out more photos of the show below! 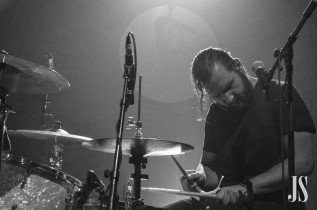 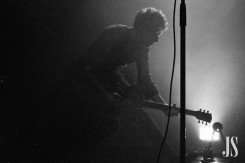 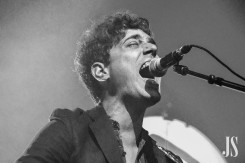 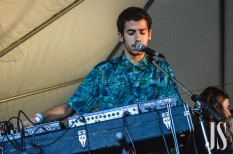 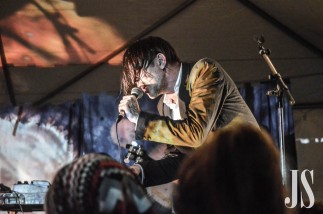 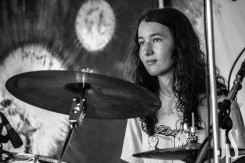 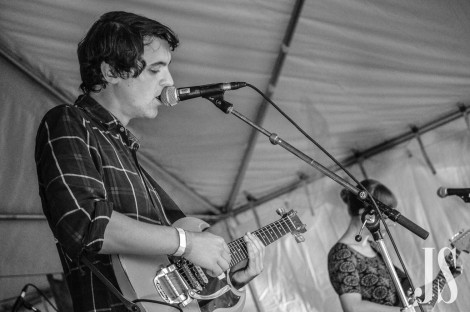 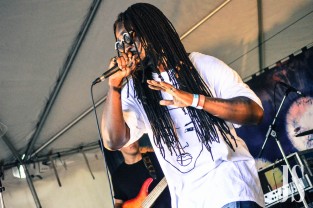 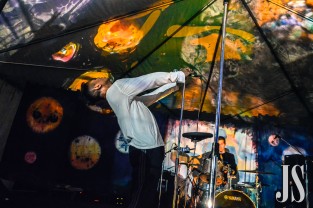 In the spirt of Wavelength going down this weekend, here are five tracks from the performers you need to hear. So if you missed the festival, no worries. Here are a few of the hidden gems that took the stage.

Off of their latest record, Post Plague; Needs, captures everything that is perfect about Odonis Odonis: the perfect meshing of electronic and rock with a little bit of metal. 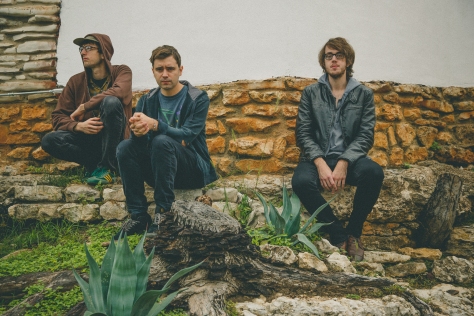 A teenage dream, Cloud Nothings are a must hear band. The band incorporates their Cleveland roots into their pop-punk creating a strong element that separates them from every other band. 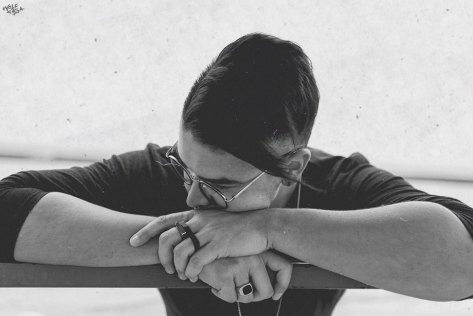 Energetic and talented, Wolf Saga’s music is a treat. If you haven’t discovered the magic of Wolf Saga take a listen.

New to Buzz records, Casper Skulls are a band to see. More often than not their names are on bills around the city and with good reason. The Toronto-based band is a dark step into rock that makes you crave more.

Made up of members from other projects, Operators are skilled musicians to watch out for. Each song is so distinctly their own with their melding of rock, pop and electro elements. 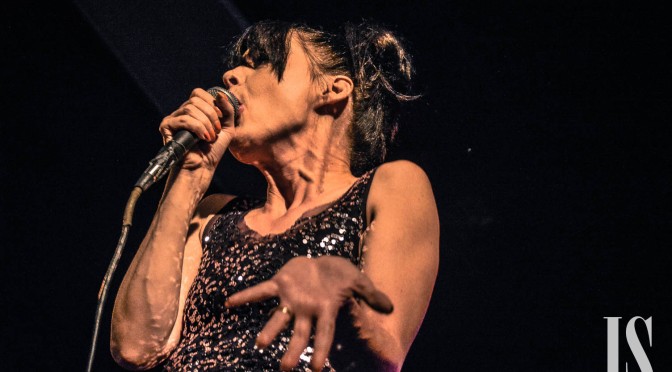 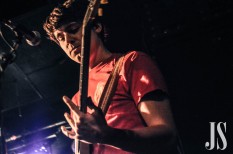 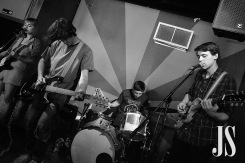 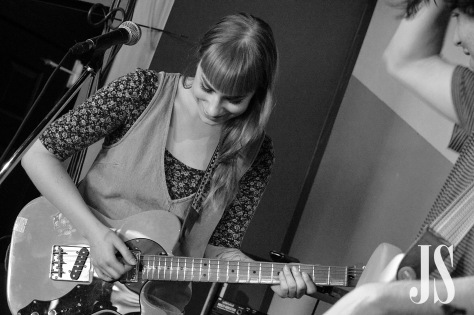 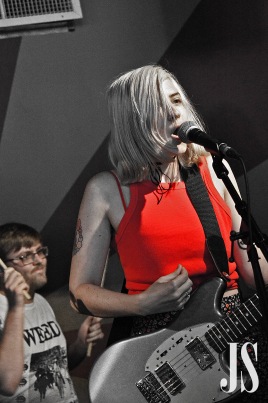 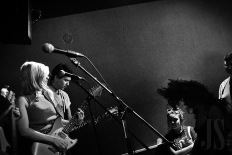 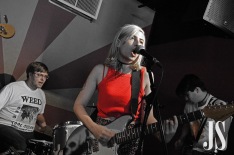 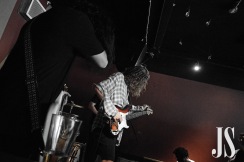