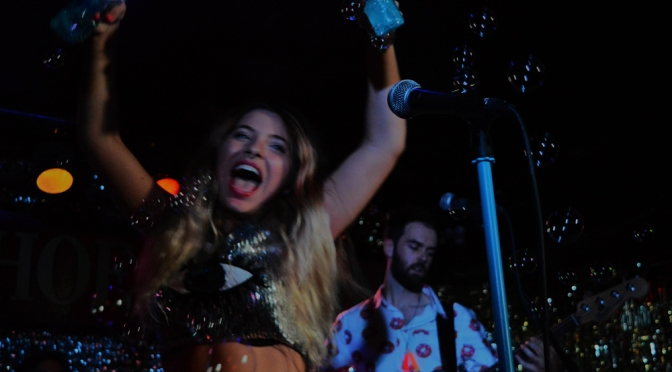 Holy hell, Monowhales. I bow to you. 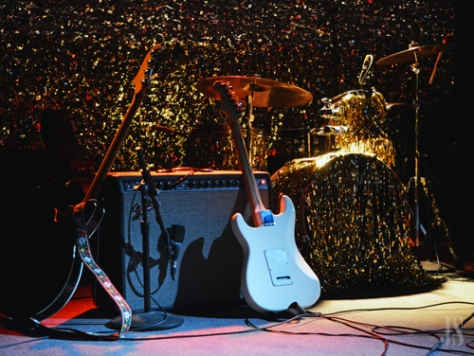 Bubbles, balloons, pool noodles and a shimmering drumset…this was The Horseshoe? It is when Ginger Ale & The Monowhales take over. Stopping by on Friday for their video release party, hosted by Exclaim and Indie Week, the band brought out a burst of energy and wrapped it in sexuality, with hairy pink armpits.–I’m going to try to explain, but unless you’ve seen the Monowhales live, you might be able to fully grasp how intense the band is. 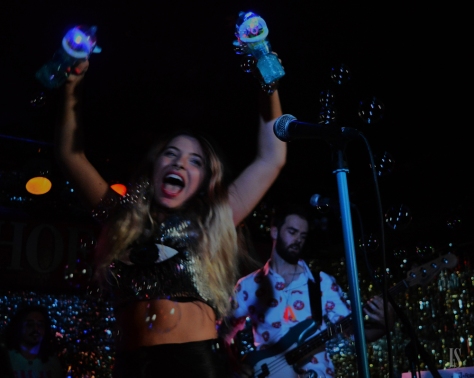 When I say took over, I mean, full on, turned the normally dark Horseshoe into an underwater party. Sally Shaar may be small, she walks on stage and reaches for the mic and without warning takes control of everything and everyone in the room. Saying she knows how to rev up an audience is a vast understatement, she knows how to throw a party and make everyone her bitch. 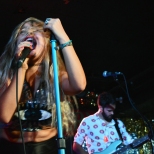 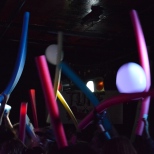 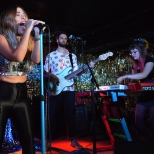 The crowd was in a trace, screaming, partying and throwing themselves forward to get as close to the stage as possible. Balloons rained down on the audience and they jumped sang and waved their noodles in the air. There is a magic about The Monowhales that needless to say is enthralling to watch.

Earlier on in the night, The Bandicoots and Honeyrunners  put on strong sets. While Honeyrunners had the crowd cheering, The Bandicoots were more my style. Sounding like a mix of old Arctic Monkeys and The Strokes, the band is a throw back to the days of catchy hooks and playful guitar. 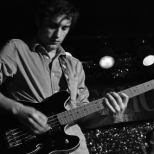 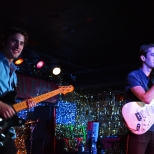 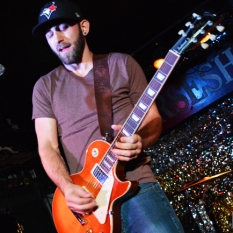 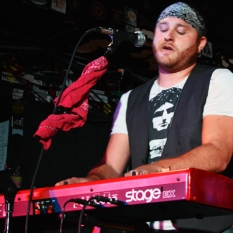