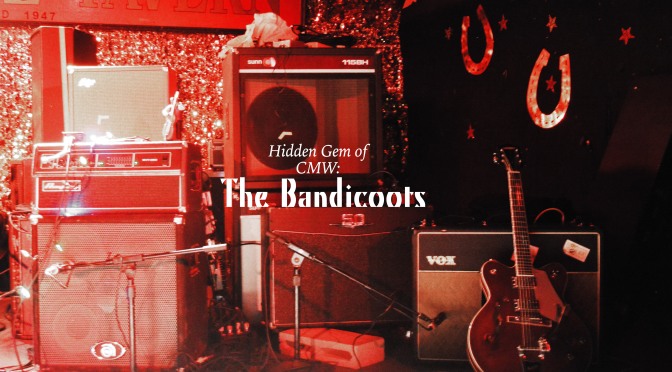 The Bandicoots—this little surprise came on the second night that was spent at, for all the punkers in Toronto, one of the most anticipated shows at CMW: the Fidlar show at the Horseshoe Tavern. If you live in Toronto and like music, you probably know the venue well. It’s the introduction into Toronto’s music scene. Not so tucked away on Queen West, the scene alternatively sticks out among the various tourist spots. The attraction may come from the good music and catching interior, or it may be that everyone in there is so much cooler than you, thus you become cool by default. Whatever it may be, the trendy depths of the Horseshoe always brings out stellar music. The audience, of course, was shouting and anxious to see Fidlar even before the doors had opened. The head banging and jamming in the merch line was previewing the night to come. Going in without knowledge of the other bands playing brought a pleasant surprise.

From Hamilton, openers, The Bandicoots, (Nicolai Kozel – Guitar, Andrew Parkinson – Drums, Lorant Polya –Bass, and Justin Ross – Guitar/vocals) took the stage and captured the crowd with their different, yet so familiar, style of rock. By taking classic and modern influences and making them their own, their take on indie rock flowed well throughout the crowd. The appreciation amplified as they acknowledged their similarity to the Arctic Monkeys by giving the audience a wink and playing an old hit, I Bet that You Look Good on the Dance Floor. The lead, Ross, dominated the stage with the presence reminiscent of a young Alex Turner and had the same cool confidence that made their set enjoyable to watch. Overall, their sound is a relaxed mix of new and old with some punk influences. However the band takes a smoother approach to high-energy rock, focusing on mature melodic songs with catchy courses and great bass heard throughout their new EP – This Is Why We Can’t Have Nice Things. The band is definitely one to see live and keep an eye on. 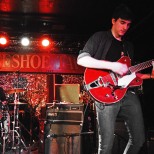 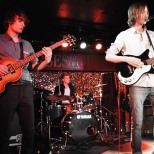