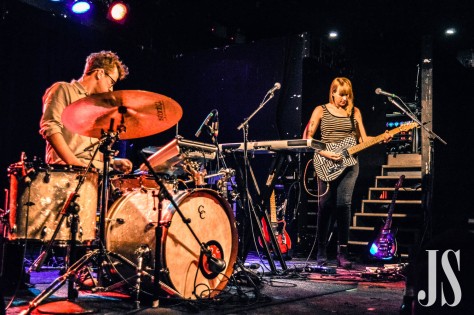 Sultry swaying against the guitar plastered to her side and a few breathy lyrics later, Jen Wasner works the audience into a frenzy. Andy Stack is stage right prodding the beat along from his drumset gleaming under the bright lights coating the otherwise black stage. The two don’t hide behind lighting to set the mood, brightness consumes them as the contrasting sultry music tangles from one song to the next. 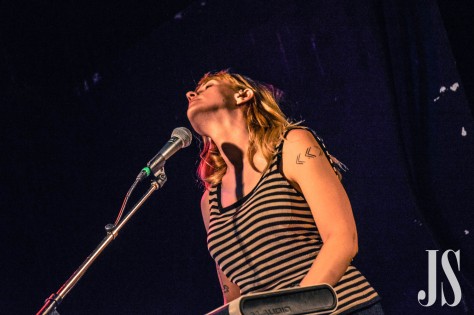 The song, Better (for Esther), begins. If you were going to love a song by Wye Oak, this is it. Guitar is plucked alongside soft beating drums, Wasner confesses to the room softly, each word drowning in another. The crowd watches in silence, most stuck in a trance that is fascinating to see; rows of adoring eyes with lovestruck faces are directed at the stage. Then the guitar shreds, Wasner’s head falls back as her fingers work the thin stings. It doesn’t seem as if the sound is coming from watching someone play so softly. Yet, her fingers don’t stop until the crowd is fully under the band’s spell. The solo ends and the soft hymns begin again. The rest of their set doesn’t matter because whatever magic they have is worked into that performance is what you’re going to remember.

The duo, Stack and Wasner are an American indie rock band, but their latest album, Tween, touches more on the realm of dream-pop. The surprising treat of the two is that unlike many dreampop bands, they don’t loose themselves in the genre by sounding oddly similar to every other band. Being bias for ultimatly feeling underwhelmed by most bands in such a tricky genre to succeed in, especially live, Wasner and Stack have a chemistry that translates into their music and performance. A fan or not, you can appreciate them for mastering their sound and knowing how to command a room.

Check out the photos from the show below 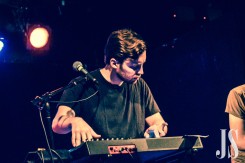 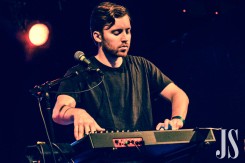 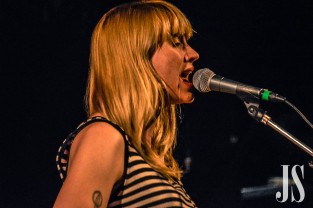