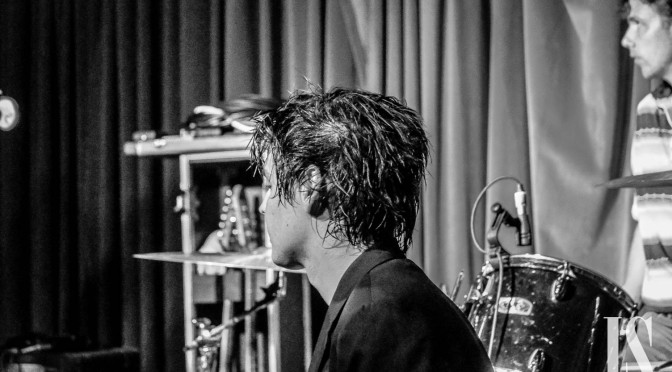 You might linger on the cowboy hat; otherwise you wouldn’t look twice at the guys idle by the stage. Promptly 8:30 strikes and they set their drinks aside and climb onto the stage.

The lights are lit, frontman Joshua Evan’s leaps in the air. Instantaneously, bluesy-rock calls the scattered few toward the scene unfolding. On stage, Evan’s lurks around the band, sweat plasters his hair to his head as his tongue waggles from his mouth. He screams, he falls to the ground and your eyes never leave the deranged rock star. And that’s just the first song. They continue and you realize what talent the Georgia band has. Stage antics aside Muuy Beiin puts on one hell of a show.

The crowd grows, and as time inches on the bodies move towards the stages edge.Australian duo Hockey Dad, Zach Stephenson and Billy Fleming take their places across the stage. One at a drumset, while the other at a mic-stand with a guitar.Touring to promote their second release, Boronia, released August 12th, the two tantalize the crowd with beachy surf-rock, bounds away from the scene that unfolded a half hour ago. A sweetly modest stage presence of the two wouldn’t do justice for one unknown to the band. But as the performance goes on, the crowd’s excitement rises, seeming to bring the band to a satisfying peak, where their music truly shines. 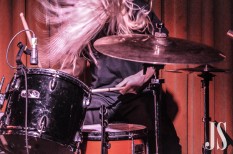