Taking the stage, the band places themselves  behind their marked instruments. The lights dim as Kelvin Swaby stalks onto stage with raised hands. He stops behind the microphone left in a heap mid-stage, no need for a stand. They’re responsible for that song you hear in just about every movie preview or car commercial.

Or maybe you’ve heard this one.

The Heavy have wracked up an international audience with their soulful rock and slick style that makes them stand apart. Never stopping, Swaby walks about the stage’s edge reaching for the audience as they mimic him. The barricade between the performer and fans is an obstacle, as it seems he’d prefer to be performing right up against the screaming concert goers. Filled to the brim, The Phoenix fills with cheers that still can’t challenge the raspy voice they all came to hear. They energy overtakes the room as their hits play, the lights wash out everything as Swaby yells, time after time until they make their exit.

Take a look at more photos from the show. 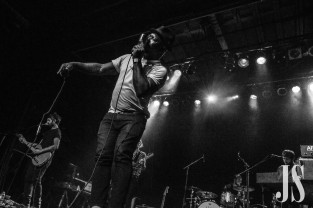 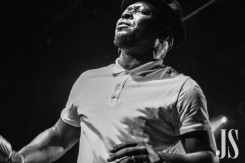 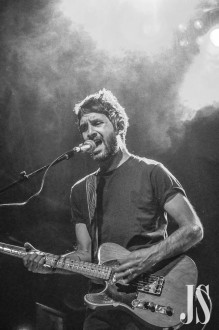 Me: NO ONE IS ALLOWED TO TAKE VIDEOS OF ME
#sneapeak of @mannequinpussy at Riot Fest.
Getting wild with @foxyshazam backstage at RIOT Fest.
@yungblud at RIOT Fest. As always it's a pleasure to shoot Yungbludington. 🖤
Backstage t*ts out with @thisiswargasmuk. 🙃
RIOT Fest day - 2 @jadenhossler 🤩

Me: NO ONE IS ALLOWED TO TAKE VIDEOS OF ME
#sneapeak of @mannequinpussy at Riot Fest.
Getting wild with @foxyshazam backstage at RIOT Fest.