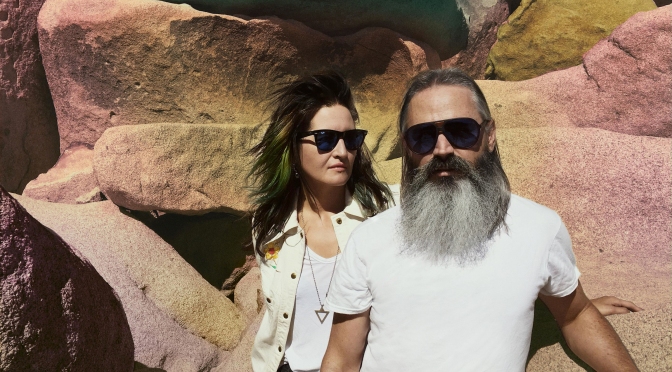 Moon Duo’s newest two-part album,Occult Architecture, is giving a voice to light and dark.  Recorded in Portland, the works embed contrasting sounds of soft and hard, dim and loud throughout the albums to create an other worldly sound.  On the spectrum of their own, the experimental new albums are a completely shift in direction for the band.

The albums were mixed separately with longtime collaborator Jonas Verwijnen, in different locations further expanding the album’s duality further; Vol. 1 in Berlin and Vol. 2 in Portland. The albums are about how in differences everything is still an entirety. By emphasizing the hidden dark energies in light and the lightness in dark the band plays with tones and sounds layering them to create a melding of tones that shouldn’t work, yet do.

The band will be stopping by Toronto on April 23rd to play The Horseshoe Tavern, give their album a listen, because it’s not a show to miss.