May 14th, 2018 – Bhad Bhabie headlining a sold out show at MOD Club in Toronto

Danielle Bregoli aka Bhad Bhabie…aka the “cash me outside” girl  is not playing around when it comes to her rap career. After being signed to Atlantic records and adopting the name Bhad Bhabie, (yes this is real), Bregoli has set out on tour. Being 15, it’s not a surprise that her fans are close in age. X marked the hands of those who were underage at MOD Club Monday night, and black bubbles filled the washroom sinks before the show, as the teens desperately tried to rub the X’s off of their hands in hopes the bartenders wouldn’t notice their altered ID’s.

The show was riddled with a hard party vibe as teens dressed in their best haulers to welcome Bregoli. Sweat was nearly visible in the overheated venue as teens bounced along to the blaring beats before and between sets. Tears were a common sight, as Bhad Bhabie made her appearance on stage in her finest tights. Walking from side the side, her performance wasn’t enthralling, but the audience was too starstruck to notice. The crowd chanted along, and screamed throughout each song which seemed to add to the lacking energy of the set.

Whether she’s your thing or not, her latest track has made it onto the Billboard 100, so you might need to get used to upcoming rapper…howbow dah. 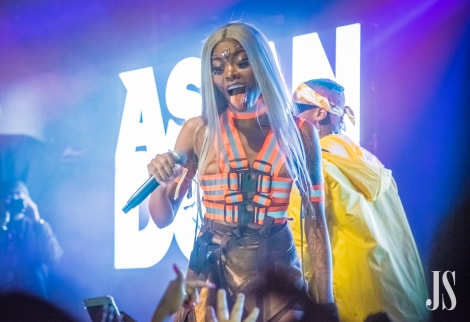