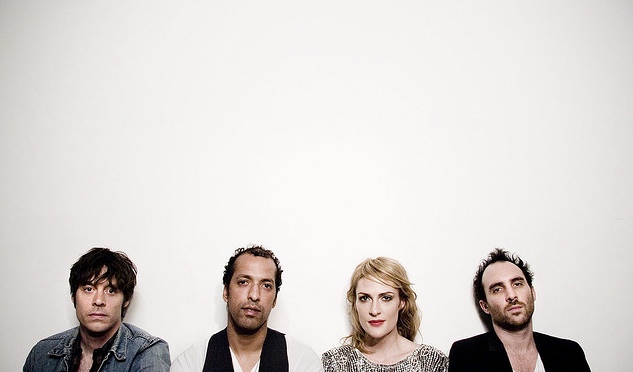 Since the 90’s Metric has made their name known with their every changing style of indie rock. The band consists of Emily Haines (vocals), James Shaw (guitar), Joshua Winstead (bass) and Joules Scott-Key (drums); the foursome opened the door for mainstream Canadian indie rock with their album, Fantasies ,which most are familiar with. Help I’m Alive and Gimmie Sympathy are the bands most known songs, but dig a little deeper into their past and it’s evident that each album yields a different sound, focus and direction. From the early grunge days of Old World Underground, Where Are You Now, to their newest album, Synthetica the band has explored new ways to broaden themselves beyond the expected. Synthetica, released back in 2012, yielded fans to a softer electric vibe from the band instead of the rocker aspect heard in earlier albums. With the release of their new single, The Shade, it’s clear that this refined smooth rock is to be expected in their upcoming projects. It’s on the pop-ish side, but still yields the same quirky charm the band does best.