This band makes you feel something. They take you into their world and submerge you with soulful rhythmic songs. The debut album, Ritual Tradition Habit, takes you into another world of soulful, dramatic, fantasy and has a presence of beauty laced into each track. The five-member orchestral band is a mix of dark pop, hunting harmony from the first track, Ritual, to the last, Habit. 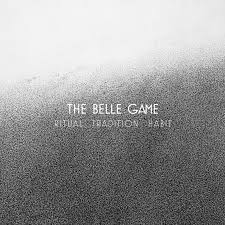 The album seems odd to put this album under any type of genre. Each track is so intricate and different. Each harmony is carefully thought out and placed faultlessly in each song.

River is an emotional track with a gripping sound; it is the perfect way to begin the album. It is one of those songs you get caught shouting-singing in the car and don’t even care because it’s your jam. The song is like a story you want to hear move of. The powerful voice of Andrea Lo is followed by soft guitar and aided by soulful drums.

Two tracks away is Wait Up for You. The songs are worlds apart. The up-tempo guitar and drums match Lo’s voice with a vibratnt insensity. Her voice is more refined in this track, which seems to focus more on the instrumental elements of the track. The song’s beat is danceable and peppy though the lyrics aren’t exactly that.

The range of this band is extensive and is displayed through each song. Each member is focused on in one song or another. The feel isn’t consistent and that uncertain, constantly changing theme, works as the consistent theme itself. 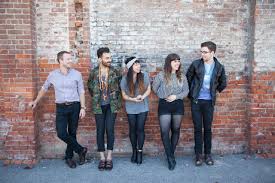 Who are they?– The Canadian band is from Vancouver. Their first EP, Inventing Letters, released in 2009 and was followed by, Sleep to Grow in 2011. They played last year’s North by Northeast in Toronto and South by Southwest in Austin, Texas. Last summer, they took the stage closer to home at Montreal’s Osheaga Music Festival.

According to the band’s site, there is a promise of new music coming soon.