How much fun do you think you can experience in about two and a half minutes? What about frustration, anguish or social resistance riddled in punk sound perfected in such a way you’ll think the album came straight from a post ’80s era…all in just over two minutes?

With the upcoming release of, Why Choose, by the UK-bound band Shopping, it turns out that there is quite a lot one can experience in such a short timeframe. Let’s keep this short and sweet because instead of reading this, you could be listening to them.

Shopping is a three piece band from London made up of Rachel Aggs (guitar), Billy Easter (bass) and Andrew Milk (drums) that simply say, fuck the standard, let’s make our own.

Why should you listen?

Well, because it’s good music. But if you need more read on.  Mixing edginess, androgyny, and political opinion with some post-punk surf rock, the trio quickly caught the attention of fans around the world with their first album, Consumer Complaints.  With the well-received record showcasing a step into the jittering fast-paced headspace of Shopping, the anticipated second album, Why Choose is everything you want to hear without being repetitive. Shouting out their thoughts one song at a time, each member takes a turn passing the mic around creating an uneven flow of voices.  The shifting dynamic the voices pass on carries throughout their sound and adds a sense of unplanned, planned chaos. With each track that ends a new voice takes on the next and the focus is never one a single member and they’re truly seen as a whole. 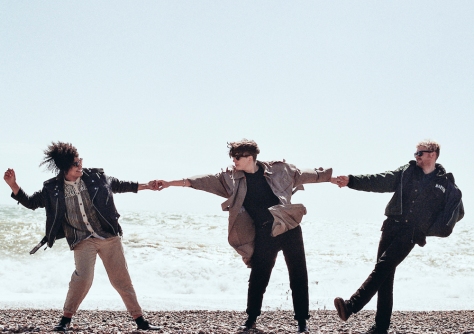 For a rush of energy, and a surge of attitude, check out their first album Consumer Complaints, and prepare to be obsessed until they drop their new album this October.