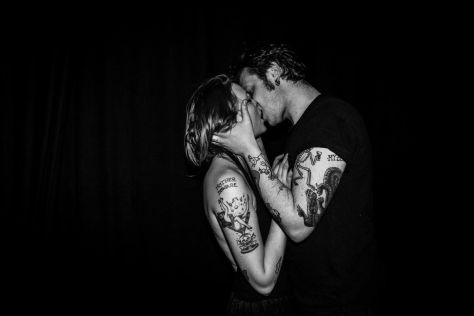 There is no need for set up. These two are some of the most glorious musicians around. If you haven’t come across the Swedish stars on the brink of becoming rock’s best duo, Victoria + Jean, then take some time and listen to their new single. Just announcing their debut album, Divine Love, out April 29th, the new single is strong preview of what’s the come. The release will be followed by a North American tour and yes, they will be stopping by Toronto. So, you’ll have plenty of time to aquatint  yourself with the two before their Canadian Music Week performance at Adelaide Hall in May.