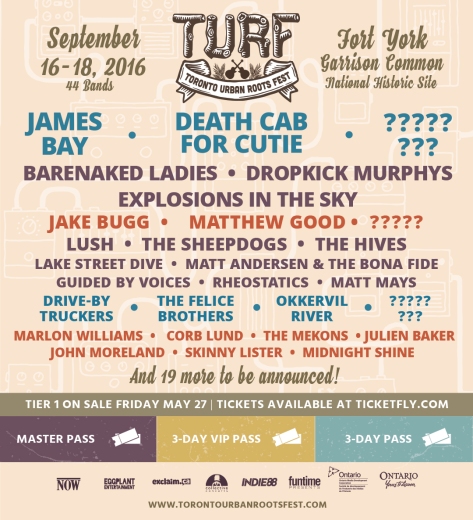 Keeping it’s September schedule, TURF: Toronto Urban Roots Festival has announced the first wave of artists performing a the 2016 festival. Death Cab and James Bay will be headlining, alongside another yet to be announced. Tickets go on sale tomorrow, and there are still 19 more acts to be added to the schedule!