Big band, smaller stage.  A few months ago The Lumineers played The Mod Club as a part of The Secret Thing, giving fans a chance to see a big band on a small stage. The catch? You have to win to get in and you don’t know who you’re seeing until they take the stage. A few weeks ago, 102 The Edge’s Fred and Mel made promise of a lifetime once again.

Eagerly, people came dressed in everything from high heels and mini dresses to worn Docs and trucker hats. The mishmashed crowd murmured on their way in, getting teased by the camera crew weaving throughout the front of The Horseshoe prodding for guesses. 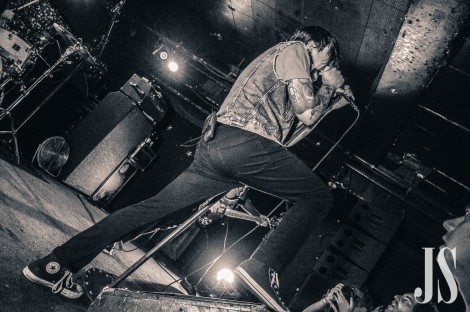 July Talk, Drake, Prince (yes, someone said Prince) were all guessed to be the band of honour, but the most believed rumour was The Red Hot Chilli Peppers were somewhere backstage. No Peppers, but another throwback band. Billy Talent took the stage and jumped right into their set full of their previous hits, as well as, songs off of their newest album Afraid of Heights released Friday.

They came, they played and they ignited the inner 13-year-old emo in all of us. Check out the photos from the show below. 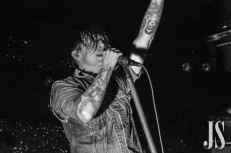